The Shin-etsu Trail Club was established in September of 2003; it received approval to function as a non-profit organization (NPO) in February of 2004. The Club’s goal is to build regional cooperation through the Shin-etsu Trail, focusing on the local natural environment, culture and history. The interaction with people visiting the Trail in order to encounter nature will contribute to regional revitalization and tourism. It also hopes to further understanding about the satoyama system, the traditional land-use system of Japan that promotes a better coexistence of people and nature, and offers the promise of a more sustainable approach to land usage. For these reasons the concepts of satoyama are being increasingly studied around the world.
The Club’s philosophy is to look at the mountain ranges here as one ecosystem, one that is beyond prefectural or municipal boundaries. The hope is that local residents and volunteers will take pride in the Shin-etsu Trail and the satoyama, and carry out the conservation and trail maintenance activities that will ensure that will carry on for generations.

The Shin-etsu Trail Club’s guiding concepts are being put into practice to ensure that the precious natural, cultural and historic resources of the area can be preserved into the future. 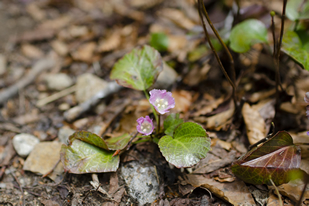 To preserve the diverse nature found in and around the path of the Shin-etsu Trail, we are dedicated to building a deep understanding of all of the flora and fauna of the region without limiting the research to any specific plants or animals. This will continue to ensure that the Trail does not cause additional impact on the natural world because of a lack of knowledge.

Study and teach about nature and culture

A major feature of this region is the unique culture formed by the extremely heavy snowfall, and the relationship between the ocean and the mountains. We see the nature and culture that we are involved with on a daily basis as an irreplaceable treasure, and, for both conservation and sustainable development, we will continue to both study and to share that knowledge with others. 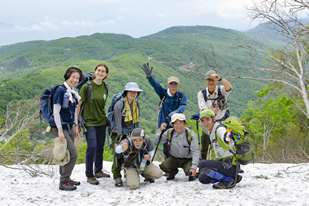 Part of our work is in encouraging visitors to make use of local services, such as regional transportation companies, hotels and other accommodations and guides. We will also work in other ways to promote better understanding of the charm of the Trail and the Shin-etsu region to a larger audience.

People have been kind to each other; they have been at war with each other; but, in the past, they were very good at working together with the beauties of nature. When will this happen again? People now work using their knowledge alone, while various ethnic groups have created their own cultures, built up civilizations and made advancements in science.
But while science has brought both hope and wealth to people, it has also been used to rule over and destroy much of the earth and the natural world. In the years after the Industrial Revolution, and particularly the last 100 years, the earth has fallen into a perilous situation. We are learning from the changes in the global environment the mistakes we have made that have thrown nature into imbalance. The task of restoring the irreplaceable nature that we lost in the 20th century is a major issue for the people of the 21st century.
The 21st century should be a period of return to nature. It should be the time of recover from a situation where human pride has simply taken us too far.
Moving ahead, the concept of an ecosystem should be the basis for all our actions: political, economic, social and scientific activities, including economic and industrial development.
John Muir, known as the father of conservation in the US, wrote that by playing in nature, we know, understand and become attached to nature. By becoming attached to it, people are motivated to protect it. To coexist with nature, people must learn a variety of things from nature. Playing in nature is important in that it provides the opportunity for us to learn the correct relationship between nature and people.
At the same time, however, we must consider regional development. Improving and revitalizing the lives and livelihoods of local people is a very important consideration. This is not entirely about economic development, however; the enrichment and advancement of people’s minds is also an important regional issue.
Fortunately for those of us in this area, there are wonderful materials for the teaching about nature in the immediate vicinity. We are surrounded by two national parks, covered in vast beech forests and an environment tied directly to the history of Shin-etsu.
Based on these concepts, a trekking rout was established here. In a society where speed has become essential, it was a challenge to return to the speed of walking—the way people traveled until 200 years ago. The purpose of the Shin-etsu Trail is to reexamine our situation, and to help to discover the correct way on interacting with nature in the 21st century. To reach this, eight key points have been laid out: