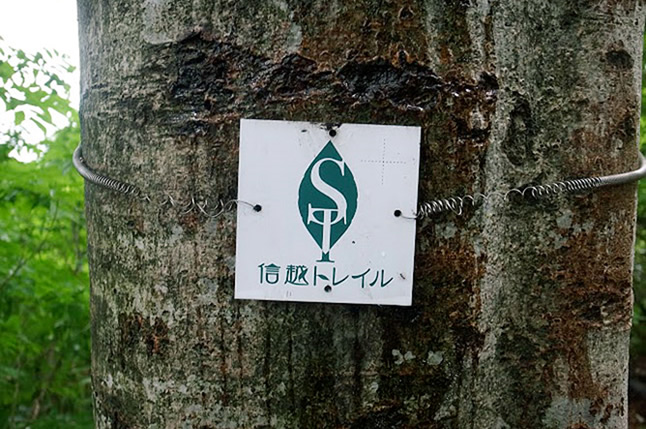 The story behind the birth of the Shin-etsu Trail

The Shin-etsu Trail was the first full-scale long trail in Japan, but how was it built? In the second of our Shin-etsu Trail Stories, we’d like to report on the birth of the Trail.

There are five key concepts to talk about in considering the success of the Shin-etsu Trail: 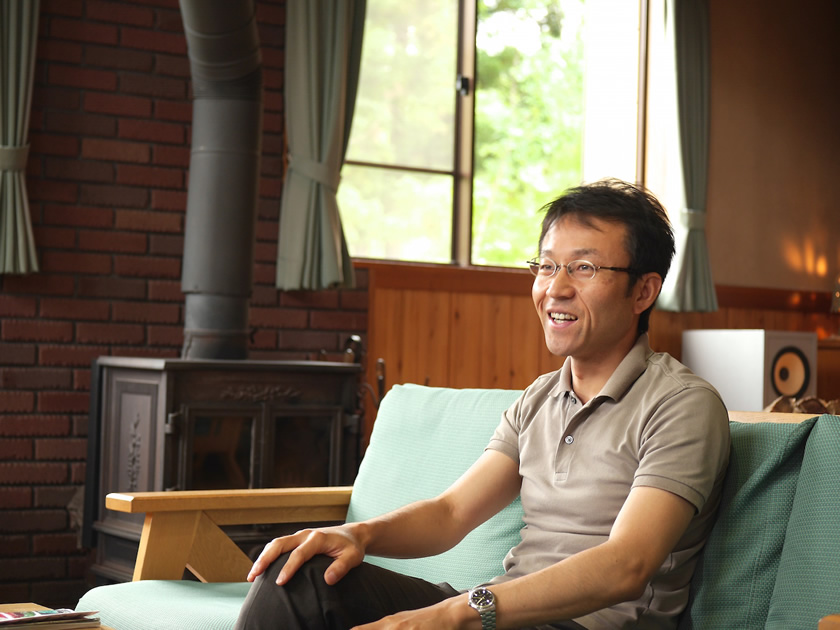 This article is based on a 2015 interview with Kenichi Takano (above), secretary general of the Shin-etsu Trail Club and manager of the Mori no Ie center in Nabekura Kogen.

Encounter with the man introducing long trails to Japan

Writer and backpacker Noriyoshi Kato was deeply involved in the Shin-etsu Trial from the initial conceptual stage. What was it that brought him and the Trail together? The first encounter for the staff was eight years before 2008, when the 80-kilometer Shin-etsu Trail from Mt. Madarao to Mt. Amamizu was first opened.

“This hippie-looking guy came to the Mori no Ie,” says Kimura, who was the center’s manager at that time. “At that time (the year 2000), he had already began work on protecting the beech forest, which is a local treasure. His work was picked up by Outdoor magazine. Kato-san came to see me after reading that article, and that was my first meeting with him.”

The article was rather dry and straightforward, but it seemed to really interest Kato-san, who had been an advocate for nature preservation. But in that first meeting, he only exchanged his business card and talked very generally.

“About that time, the Ministry of Land, Infrastructure, Transport and Tourism started a research program on regional cooperation (part of a strategic project on regional development in the Hokuriku region), and Kunitake Koyama, mayor of Iiyama City at that teem, came to talk about what could be done in Nagano and Niigata,” Mr. Kimura says. 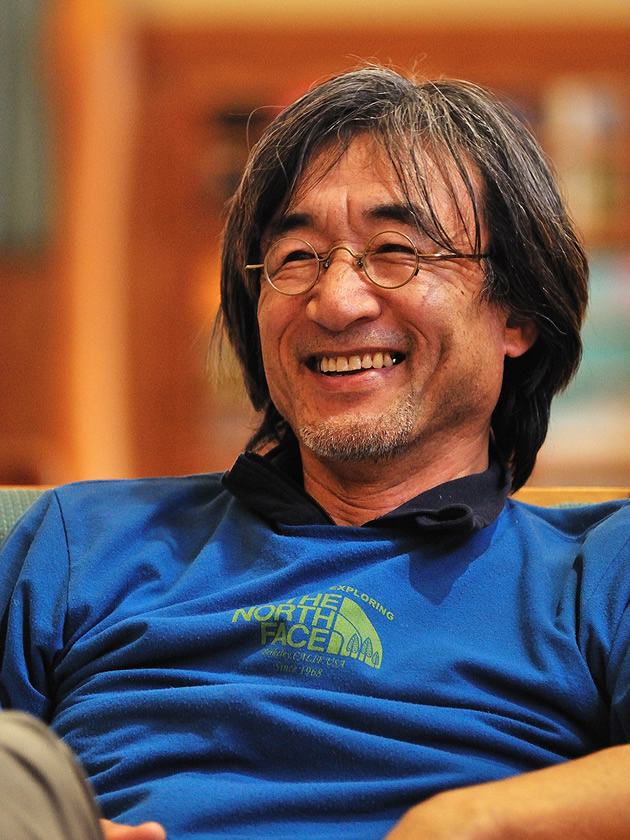 Noriyoshi Kato, who worked very hard to introduce the long trail concept into Japan, and the author of numerous books Hiking the John Muir Trail and Aiming for the Main Forest: Walking the 3500-kilometer Appalachian Trail

“In other areas, the focus of cooperation was on rivers, rail lines and roads, but Koyama-san proposed a trekking route along the prefectural border in the Sekida Mountains. A committee was almost immediately established involving organizations and municipalities around the mountains. That was the first step, and at that time there was no Shin-etsu Trail name.”

The decision was made to call on Kato-san, who was familiar with long trails, and to work together to create the Shin-etsu Trail. He had a strong philosophy of natural preservation, he was familiar with the methods and operations of long trails in the US, and it goes without saying that he was one of the key players in the creation of the Shin-etsu Trail.

What is important, though, is that the local people were rediscovering the value of the natural resources of the area, meaning there was already a voluntary movement to create something new. At the same time, Kato-san was looking for a place in Japan where a long trail could be established.

“Why did Mayor Koyama talk about the research project in the first place—that’s also the point,” Mr. Kimura says. “He was mayor of Iiyama city for 12 years, from 1990 to 2002, but before that was involved from about 30 years in dairy farming at an experimental facility in Iiyama. There they were accepting children who did not attend school, and more than anyone else realized the importance of living in nature. That position hadn’t changed once he became mayor, and he was wondering how to make use of the Sekida Mountains behind the city.

This is an area of heavy snowfall, and for some people apart from those involved with the ski resorts, the snow is seen as a burden. Koyama-san didn’t think so, but that the snow in fact is a priceless resource. You can’t just make it, even if you pay one billion yen. As he asked the local citizens about the splendor and value of the resources of the region, and began to work on preserving the landscape and the resources. 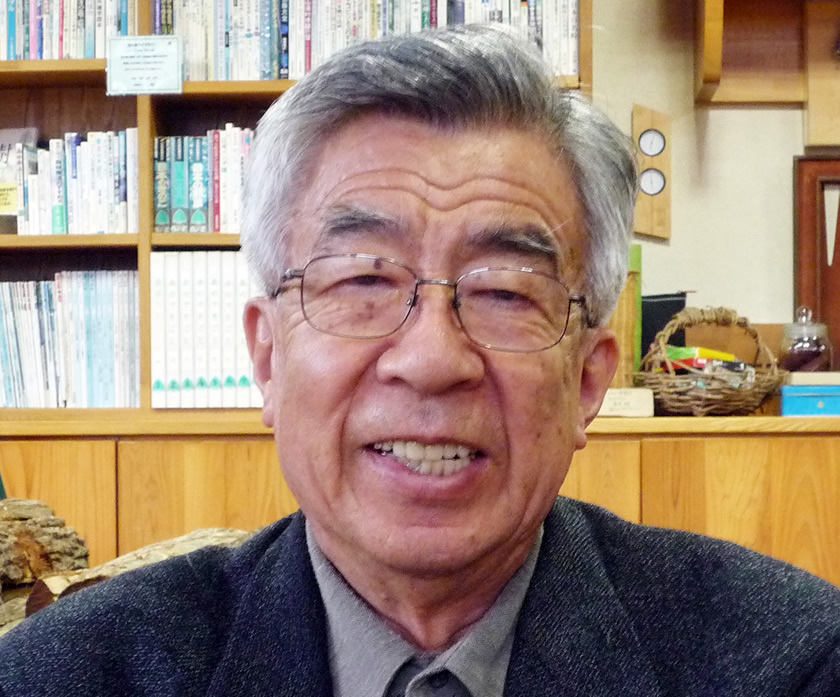 Kunitake Koyama, the former mayor of Iiyama City, and the representative director of the Shin-etsu Trail Club. He was captivated by Iiyama’s natural world, and worked to protect and utilize it. He was so well-liked for these efforts that the locals said he should be prime minister.

In 1993, three years after Koyama-san was elected mayor, the Ministry of Agriculture, Forestry and Fisheries began its Green Tourism promotion for leisure activities based on stays in rural areas where people could enjoy the nature, culture and interaction with the people of an area, Iiyama City was one of the first to immediately respond when there was a call for model districts.

“Iiyama City was doing something similar to this before the ‘green tourism’ term was used,” Mr. Kimura says. “There were summer training camps held by cram schools, with high school and university students coming to study in summer. In green tourism, the main focus was to have people to stay in a rural area and get in touch with the fields and nature.”

“Agriculture shows us all about life, including death,” Koyama-san says. “Through this, human humility and an awe of nature are born.” He clearly had a strong belief in the power of education using agriculture and nature. For Koyama-san, green tourism wasn’t just something for revitalizing the community, but an effort in building the livelihood of the city’s children.

The foresight to create Nabekura Kogen Mori no Ie, a base for exchange between cities and mountain villages

It was widely felt that a base was needed so that activities could be held for the exchange between people from urban, agricultural and mountain village areas, so the Nabekura Kogen Mori no Ie was planned to be built at the base of Mt. Nabekura. Although it was proposed in the parliament, it received fierce opposition from many lawmakers.

“They said, ‘Why are you building this in a remote place far from town?’ “ Mr. Kimura says. At the time the decision had already been made to build a Shinkansen station in Iiyama, so the opinion was that the money should instead spent in the center of town near the station.

Looking at it from the locals’ point of view, it’s no wonder that the location near a nondescript back mountain wouldn’t seem worthwhile. But it’s a must-see for anyone coming from outside the area. Koyama-san say the necessity and the importance of it, and took the time to enthusiastically talk to every person and convince them.” 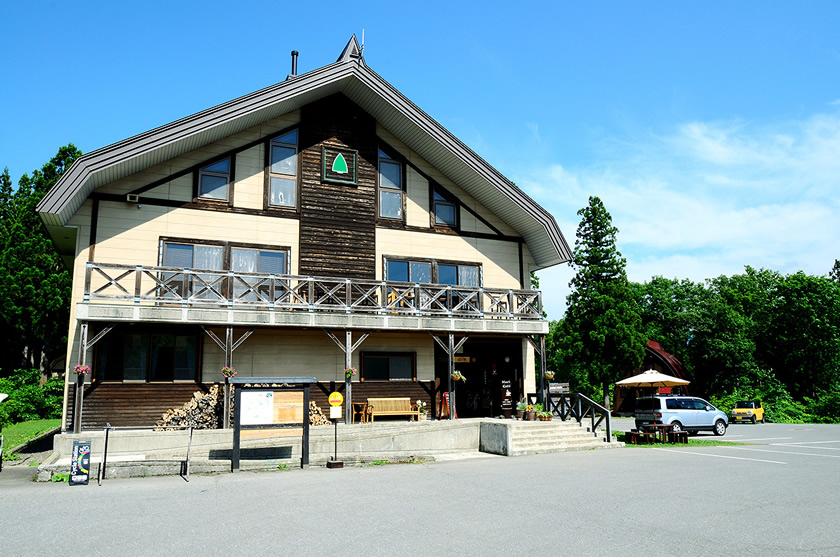 The main building of the Nabekura Kogen Mori no Ie, a facility for green tourism covering a six-hectare area

So it was that in 1997 the Nabekura Kogen Mori no Ie, which later became the visitor center for the Shin-etsu Trail, was built. However, simply creating a facility and providing experiential services was not enough, and Koyama-san and his colleagues realized that the full significance of the facility had not been conveyed to others.

Therefore, thinking that more public-interest activities would be needed, he launched the Iiyama Beech Forest Club in 2000 in order to preserve the local giant beech trees, which were declining. The Club policy was not to keep people out of the beech forest, but instead to encourage people to walk in nature while setting rules so that nature would not be damaged. For example, ropes would be placed only in front of a giant tee so that people would have a proper path for walking and approach up to the tree. He began this effort while showing people the area. A promenade and observation trail was built around the Mori no Ie. 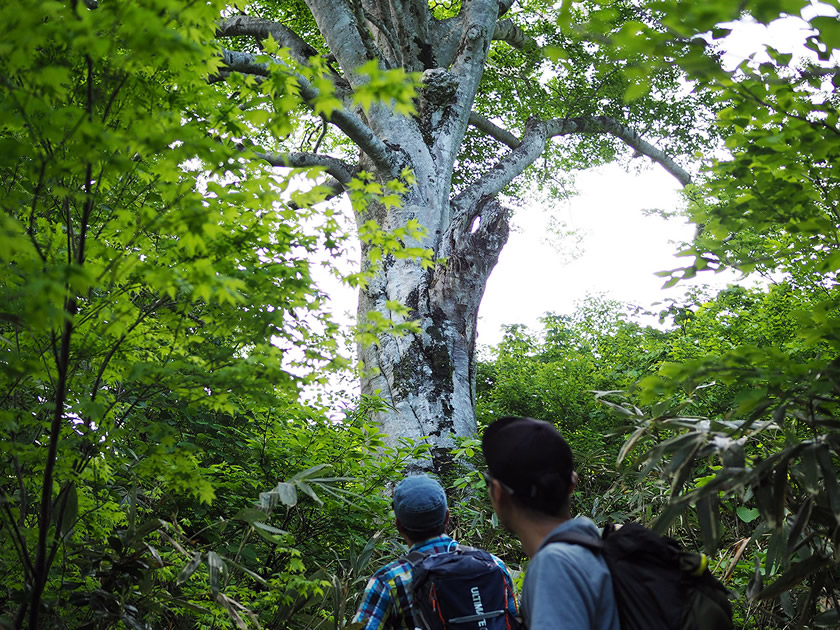 The Sekida Mountains, through which the Shin-etsu Trail runs, has many almost primeval beech forests

Originally there had been a plan to clear-cut the beech forest, but, thanks to local citizens, it was canceled. During the bubble era, there was a major resort development plan aimed at creating a ski resort at Mt. Nabekura, but Koyama-san, mayor of Iiyama at the time, cancelled the plan. This was how the pristine beech forest so beloved by local people was preserved.

Koyama-san has since been focused on how to ensure that there will still be a wondaful beech forest 100 years from now, and had continued to lead the preservation activities.